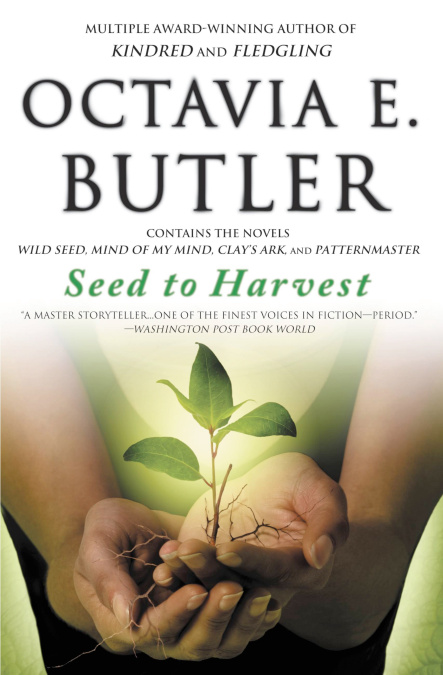 In the late seventeenth century, two immortals meet in an African forest. Anyanwu is a healer, a three-hundred-year-old woman who uses her wisdom to help those around her. The other is Doro, a malevolent despot who has mastered the power of stealing the bodies of others when he wears out. Together they will change the world.

Over the next three centuries, Doro mounts a colossal selective breeding project, attempting to create a master race of telepaths. He succeeds beyond his wildest dreams, splitting the human race down the middle and establishing a new world order dominated by the most manipulative minds on Earth.

In these four novels, award-winning author Octavia E. Butler tells the classic story that began her legendary career: a mythic tale of the transformation of civilization.