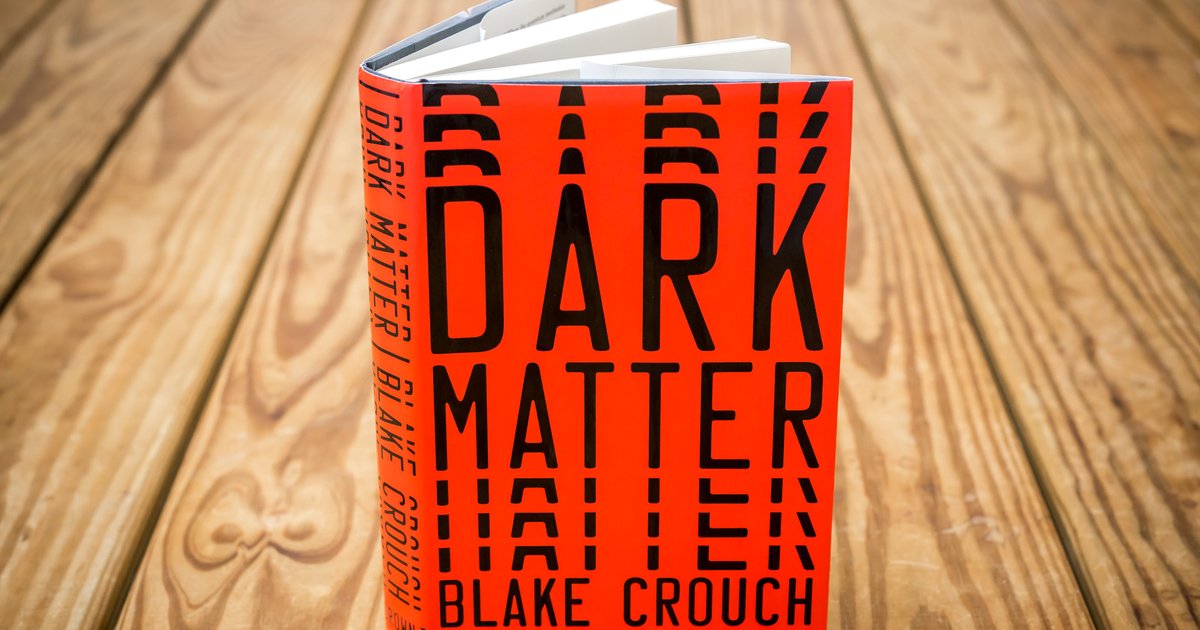 Jason Dessen is a happily married former research scientist. His wife, Daniela, was once an artist, but she put her dreams on the shelf to start a family with Jason.

One night, after attending a celebration for his former colleague Ryan Holder, Jason is kidnapped by a masked bandit and dragged to an abandoned power facility on the South Side of Chicago. The kidnapper injects our hero with a strange substance, and Jason passes out.

When he wakes up, Jason is in an advanced scientific facility. Even weirder is the fact that everyone there seems to know him. He gets freaked out and sneaks away through a window.

He returns to his home but doesn’t find any sign of Daniela or their son Charlie. It’s like they never existed. After some research, Jason finds a phonebook listing for Daniela under her maiden name, and he learns that she’s putting on an art exhibit.

Jason checks out the trippy installation piece and finds Daniela. Oddly, she acts like they’re not married. Huh? Even more oddly, she seems to have a thing going on with Ryan Holder. Gross. After the event, Jason attends a party at Daniela’s apartment and comes clean, telling Ryan and Daniela everything he remembers about his life from before the kidnapping.

Ryan gets upsets and storms off, but Daniela is intrigued. In her memory, Jason had broken up with her when she told him she was pregnant—the complete opposite of what Jason remembers.

Anyway, Jason and Daniela hook up. What else was going to happen? Their post-getting-it-on bliss is rudely interrupted by a man who bursts through the front door and shoots Daniela. He drags Jason back to the facility, which we now know to be called Velocity Labs.

There, Jason learns that he was responsible for inventing a box capable of travel between parallel universes. This device is based on the theory that every choice we make in our lives, big or small, leads to the creation of a parallel version of ourselves—and a whole new parallel universe.

That’s when Jason makes a big realization—it was the Jason from this universe who kidnapped him. This parallel Jason wanted to see what life would have been like if he had chosen family over science, as our Jason did.

Unfortunately, none of this seems to matter much, as the dudes at Velocity Labs are about ready to kill our hero.

Out of nowhere, Jason is rescued by Amanda Palmer, a psychologist he had met a few times since entering this universe. They hightail it to the multidimensional box, inject a quantum drug to ease their journey, and begin to search the multiverse for Jason’s home.

The search is not very fruitful. After a while, Amanda and Jason realize that their thoughts and emotions are what define the universes they find. This doesn’t end up helping much: they land in a bunch of universes that are either (a) insanely similar to Jason’s universe but not quite, or (b) horrendous hellscapes.

After Jason and Amanda almost hook up, Amanda disappears because she thinks that her feelings for Jason are subconsciously affecting the worlds they find. Jason ends up living as a homeless person in a parallel universe for some time, but after almost murdering a parallel universe version of himself (long story), he finally restarts his search.

He finds his home on his next try. That was easy. Unfortunately, there’s a big problem—his reality is now being invaded by an army of Jasons. These versions of himself were created whenever he made a choice during his multidimensional travels, which means they all have the same goal—to reunite with his family. Their family.

Luckily, Jason Prime reconnects with Daniela and Charlie, and they all hole up in a small cabin outside the city. Their warm reunion is cut short when the original doppelgänger, Jason2, shows up and prepares to kill our hero. Thanks to a distraction from Charlie, however, Jason takes down his foe, and the family escapes once again, with the Jasons in hot pursuit.

Jason decides that their only hope is to enter the multidimensional box. There, he allows Charlie to choose the next universe that they will enter, basically giving the kid control over the family’s future. With that, the Dessens prepare to make a new home for themselves somewhere in the infinitely large multiverse.